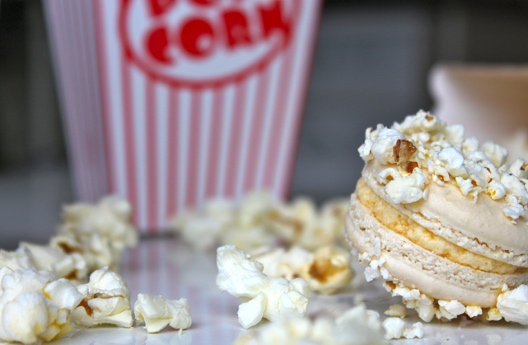 Five posts in, and not a single sign of a macaron – I thought for post number six it was about time I got a recipe in.

I had intended on keeping things fairly healthy from now on… wedding is in just 6 months! 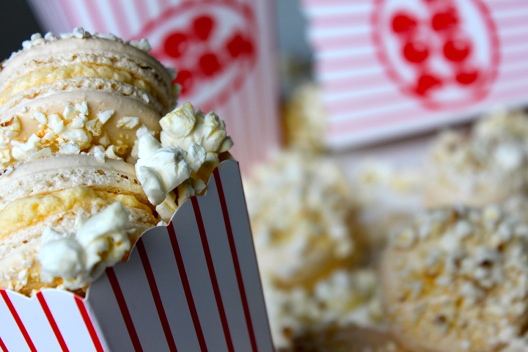 So, to make myself feel better, and to allow you guys the pleasure, here you are!

I did have to consider which route to go down with these macs. Pierre Herme really is the master, and working from one of his recipes is an obvious (but incredibly good) choice.

Instead I decided to go crazy, down the Adriano Zumbo route with these. Making use of one of the many books I received for my birthday! 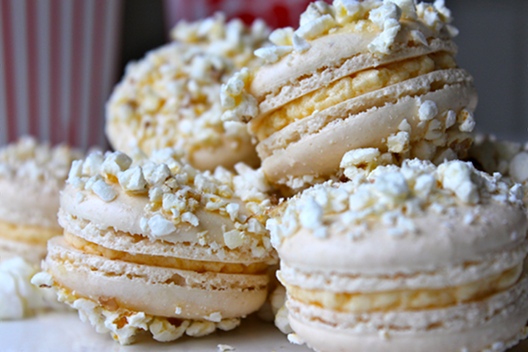 For those of you who’ve never heard of Zumbo, and are thinking: What does some kinda fitness regime have to do with macarons!?, then this is for you:

Adriano Zumbo is an incredibly creative, talented and very well respected Australian pastry chef. His macarons are renowned for being unusual, colourful, involving some wacky flavour combinations, and being totally delicious!

His Patisserie holds a ‘Zumberon day’ every year, selling ONLY macarons for that one single day – with an average total of around 65 different flavours! Now that is a reason to visit Oz in itself!

[Note to self: Find out when the next Zumberon day is!] 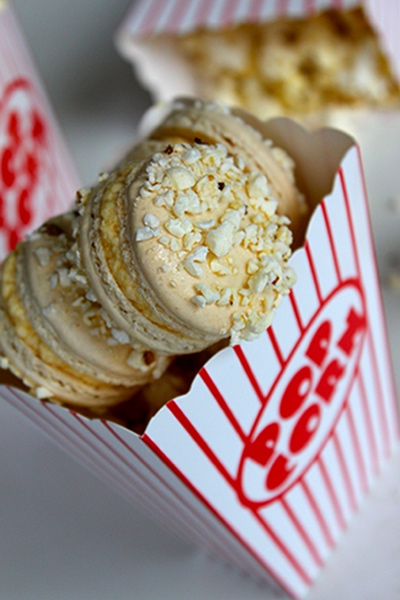 His book, Zumbo was on my wishlist for quite some time, and very generously my soon-to-be in-laws bought me a copy for my birthday! It was the first present I opened on my birthday, and I spent a good 25-30mins looking through the book before opening any other presents! This is impressive! Believe me! 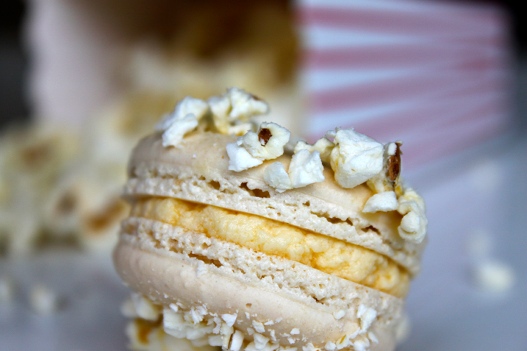 This book doesn’t only contain macaron recipes, there is an abundance of quirky and wacky desserts, pastries, chocolates and cakes – which I fully intend on attacking in the not too distant future, but for now, I had to pick one recipe – one macaron recipe to be precise.

I decided on the ‘salted butter popcorn’ macarons because:
a) who doesn’t love a sweet and salty combo
b) It was fun and quirky and the idea of crushed popcorn on the outer-shell just excited me for some reason AND…
c) It didn’t require me buying/searching for too many weird and wonderful ingredients. (I’m on a budget here folks!)

So, I attacked the recipe head-on. 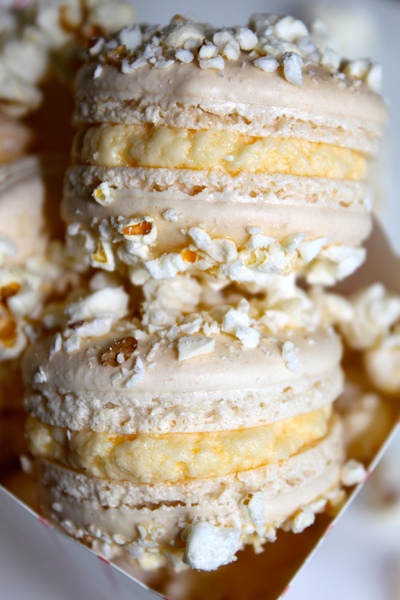 I feel I should stress just how enjoyable it was to make macarons again, stirring in every ounce of love I feel for them!

I spent a few months last year churning out batches of macs and it just turned from a labour of love, into well… something I no-longer enjoyed.

I think the break from mac’ baking allowed me to fall back in love with them, reminding me both how delicious they are, and how enjoyable the art of making them is. So, I can assure you there will be plenty more macarons appearing on here!

I used the Zumbo recipe in its entirety, and followed all of his instructions – I think because it felt like so long since I’d made macs, I wanted to be 100% sure I was doing it right. It paid off, because they came out beautifully. The only thing I need to work on is piping them out more uniformly. I still tend to get a few 3 and 5cm macs but a fair average of around 4cm, which works out nicely, just not good enough for the obsessive, compulsive perfectionist in me! 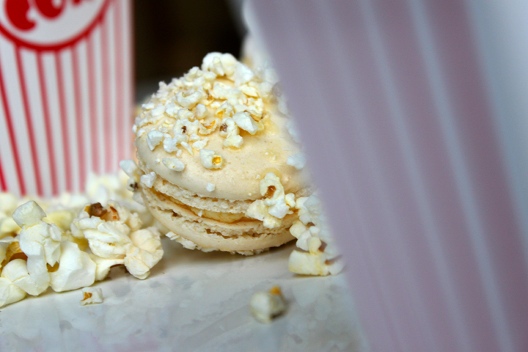 For decorating the macarons:
1 bag microwavable popcorn plain or butter flavoured (I went for buttered)
Melted, unsalted butter (I ended up using about 50g)

Yeah… LONG recipe! One which I thoroughly enjoyed working through.

This really is one for the dedicated!

Let me tell you one thing. These macarons are YUM!! A perfect sweet/salty combination that balances fun factor with refinement.

Who knew popcorn could be so classy? 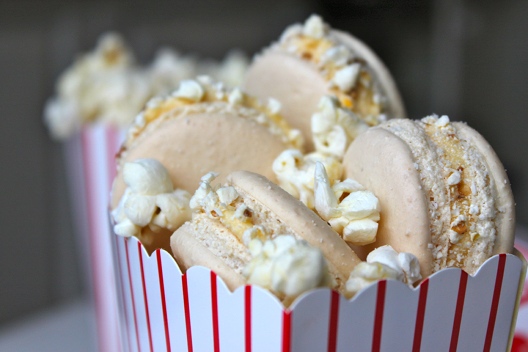 As you can see above, I decided to play around a little with the macs, leaving a few shells bare and coating the edges of the buttercream filling in the popcorn crumbs 🙂