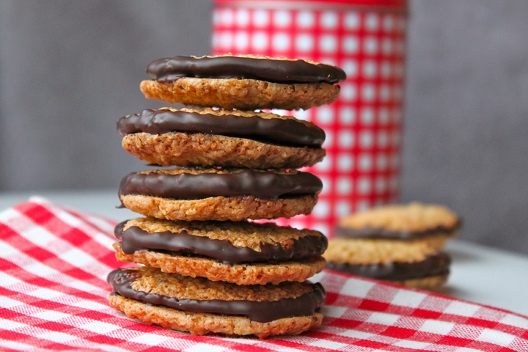 errrrrr…… you said what now!?

So, quite a few months ago – maybe even a year ago, Mo’s mom had bought a box of these strange looking biscuits/cookies.

(Mo is my fiance for those that are interested) 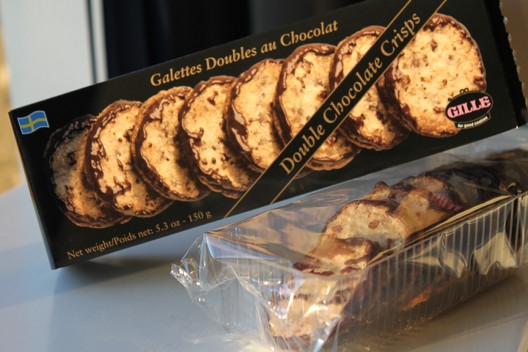 The box called them ‘double chocolate crisps’. I was intrigued, but not overly excited.

I don’t tend to get all that excited about biscuits and the like.

One bite of these babies and I was hooked! I could have eaten the entire box! Thankfully I was in company, and totally lacking in chutzpah.

They were incredibly crisp, totally delicious, oat-ey with and almost nutty flavour (although no nuts are mentioned in the recipe) and a generous amount of chocolate adhering the 2 halves together make them rich and totally decadent, the perfect partner to a cup of tea or coffee. 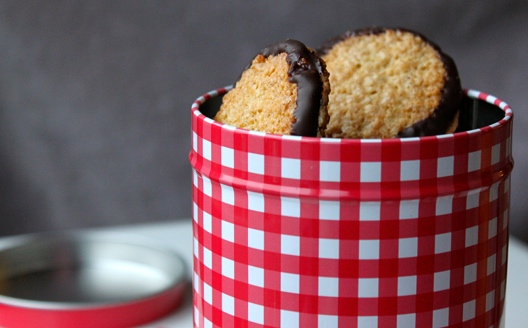 It was on that day, I decided that these were my favourite of all store bought biscuit/cookie confections.

Being the lover of baking that I am, I finally decided to take it upon myself to attempt to recreate these gems! 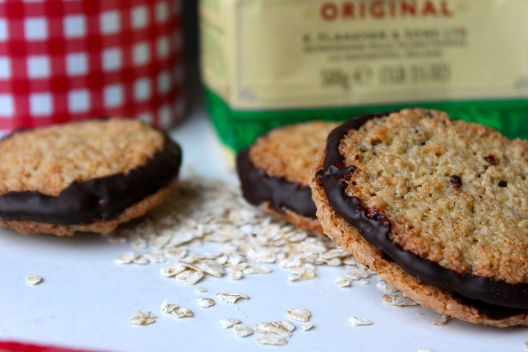 I knew (from the packaging) that these were a Swedish biscuit. But I had no idea what the Swedes called these, or how to find a genuine recipe.

I was largely helped along, by Clotilde of Chocolate & Zucchini who started off a search for a recipe (in 2004) by asking her readers if they knew of any. The contributions range from 2004 up until 2011 and there were a few different suggestions mentioned.

What I found largely beneficial, was discovering the Swedish name for them, HAVREFLARN,  which allowed me to search further for an appropriate recipe.

It comes as no surprise to me that there was a vast array of recipes online. Some were similar, some identical and some quite strange. 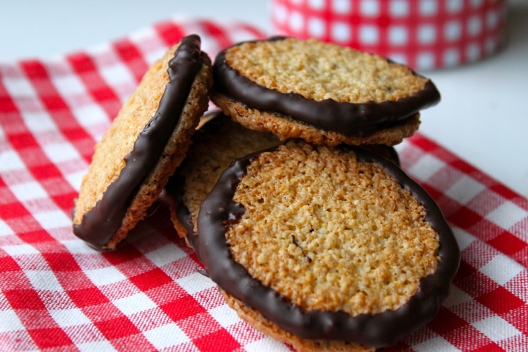 My first attempt used one of the more simple recipes (including syrup in the mix). It produced a very tasty, but highly textured cookie whereas the boxed version has a lot less texture.

I then decided to try processing the oats – with disastrous results! They turned out crumbly and dry.

I decided to try a half recipe, see how it turned out, and in my rushed attempt to throw the mixture together,  I made a few little errors.

Firstly, the whole recipe calls for 1 egg, instead of using half an egg I threw in a whole one, making the mix rather wet. Secondly, I also failed to use half the amount of sugar. I’ve never claimed to be a genius!

I spooned a few dollops onto a baking tray anyway, and was quite pleased with my results! They didn’t look quite as refined as the boxed cookies, but they had a similar crunch, just not quite as nutty in flavour. Maybe the people over at GILLE toast their oats?

So in some ways, I guess I developed my own recipe, and despite the doubling of sugar, they weren’t overly sweet. Woohoo! 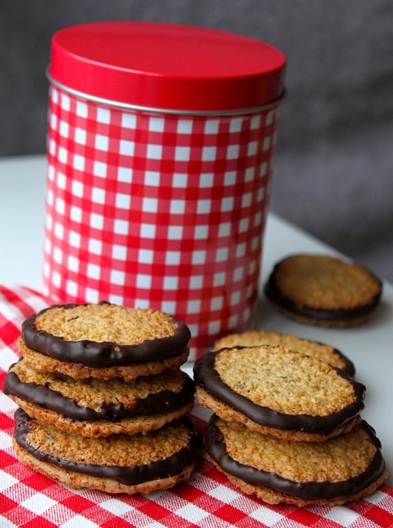 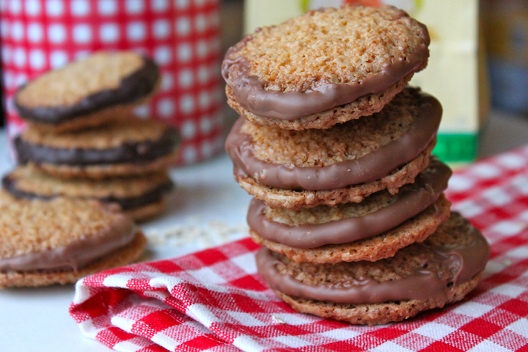 When I made this batch pictured, I was feeling a little experimental, and decided to try some with milk chocolate.

They were good, but I think part of the charm of these biscuits is the intensity of the rich dark chocolate, paired with the warm nuttiness of the crisp, oat-ey biscuit.

I feel like maybe I could have refined this recipe a little further, but I’ll leave that to another day.

I’m pretty certain this is a recipe I’ll come back to! 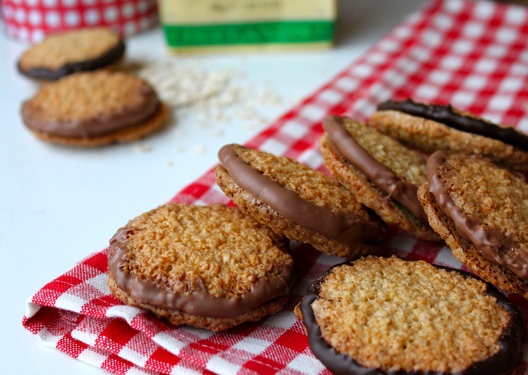 Hmm… Think I’ll go get myself that glass of milk – these things aren’t gonna eat themselves!