Hello World! This is Honeycomb! 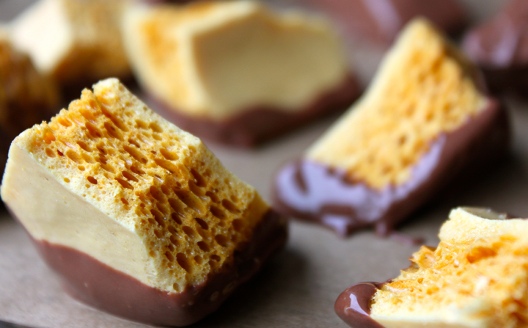 I’d been toying with the idea of starting a blog for quite some time.

I knew it was going to involve food – particularly baking.

Being the slave to procrastination that I am, it took me a while to get things started, and even then it has taken me quite some time (I dare not tell you how long) – to get this first post started. My hope is that once this gets rolling it will keep on going.  *fingers crossed*

Besides being momentarily unemployed, one of the elements that truly sparked this mission was my love of baking. [I was training to become a pastry chef – see about me for more details.] It is something I would like to share with the world – because sometimes some of the people around me don’t appreciate/understand/care about me rambling on about how its Macarons NOT macarOOns! or how cupcakes are very different to muffins, or how buying a good quality chocolate really does make ALL of difference!

Wanting to share my passion and experiences in the kitchen, I have been further spurred on by being completely spoiled on my birthday and received the following pile of books: 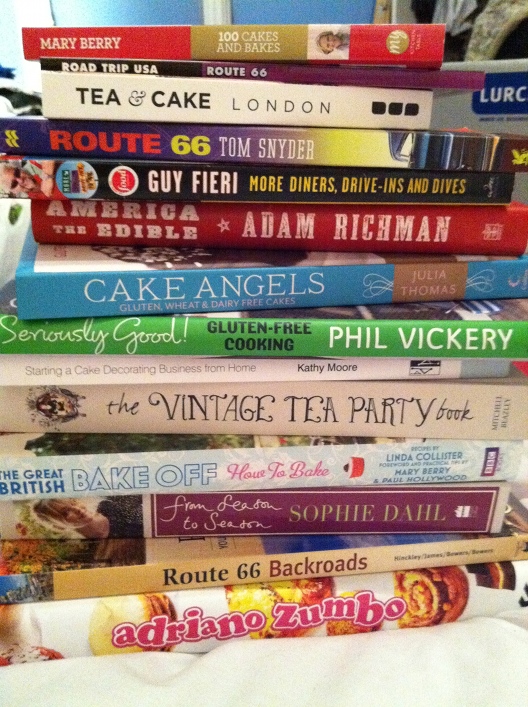 I was serious about the pile! Whats worrying is that I received a few other books just a few days later for Chanukah/Christmas!

My wonderful Fiance bought most of these books for me – I cant decide if he is mad for buying these all at once – or just really keen for me to fatten him up!? I did have them on my wish list- I just did not expect to receive them all on one day – not even in the same month….. oh dear!

Now – I’ve not exactly set myself a mission a la Julie Powell, but I have got a vague plan to work my way through a vast array of recipes from the super healthy to over-crazy gorge-on-this-once-in-a-lifetime kinda treats. 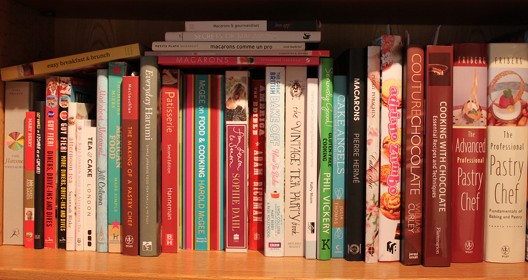 The book shelf - and I've just realised there are a number of my books that are not on there. They didn't fit on the shelf, so I'm working on convincing my dad to donate another shelf to his dear daughter!

I’ve got a growing list of things I would like to make and post. Whilst flipping through Couture Chocolate by William Curley this morning (looking for his recipe for Pistachio Opera) I stumbled upon his recipe for Honeycomb and decided on that instant that I needed to make some honeycomb- TODAY!

Its something I’ve never really felt any acute urge to make – until this morning. I know of a certain friend would will be banging my door down once she finds out what I’ve been up to.

So I pulled all the ingredients together – luckily I had everything to hand in the kitchen. Within mere minutes, I had made my batch of Honeycomb. William Curley calls for the block to be broken down once cool and then coated in dark and milk chocolate (what would a Curley recipe be without chocolate?). I had no good quality chocolate lying around, so a trip to the supermarket it was! 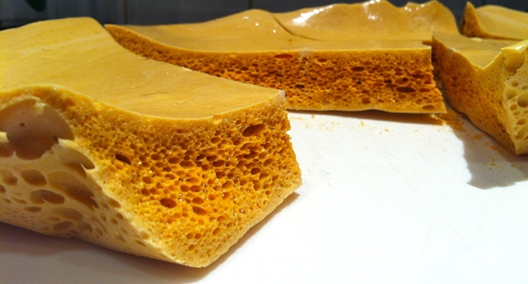 At first, as it came out the pan the honeycomb was quite pale in colour, but as it was left to cool and set, the rich golden colour developed. One of the most enjoyable tasks, was hacking into the large slab and cracking off oddly shaped piece of the honeycomb…

…then enrobing each nugget in rich, Velvety chocolate.

I chose to coat most in milk chocolate. Having tried both the milk and dark chocolate coated honeycomb I think I prefer the richer dark chocolate. It took some getting used to after a childhood of eating Cadbury’s Crunchies. But I feel that the darker chocolate brought out the deeper caramel tones of the honeycomb.

When you start to run out of chocolate....

*William Curley’s recipe actually calls for 150g liquid glucose and 50g honey, as my tube of glucose only contained 140g, I substituted that 10g with an extra 10g of honey. It seemed to turn out just fine… sometimes we have to adapt our recipes to suit whats lying around in the kitchen! 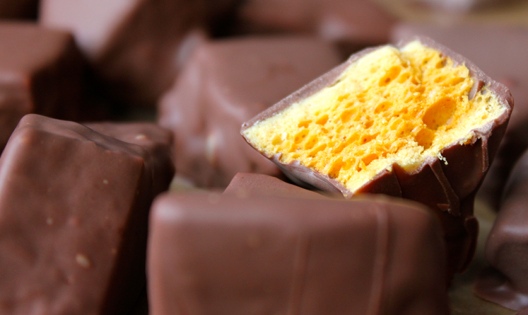 They are perfect for wrapping up in cellophane gift bags, tying with a ribbon and giving to someone as a gift. 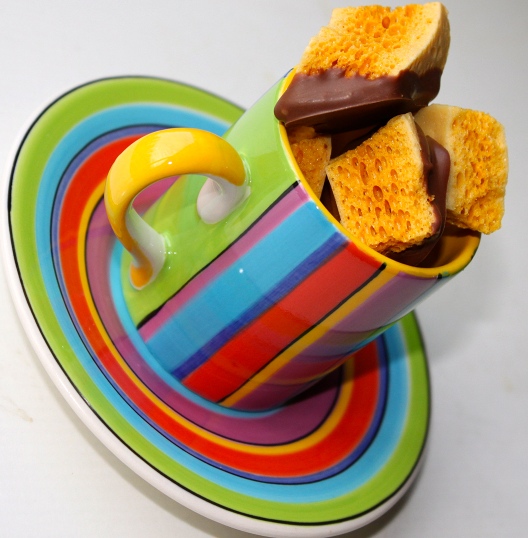 Serve up a few pieces with a shot of espresso!

Equally as delicious accompanying a large cup of tea 🙂 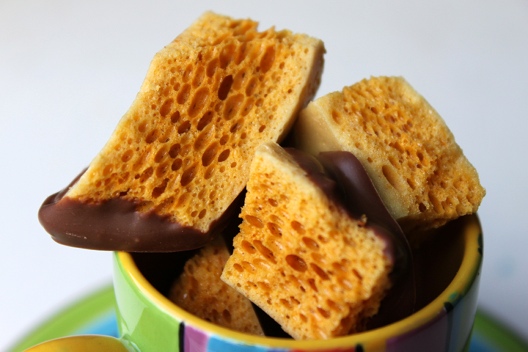